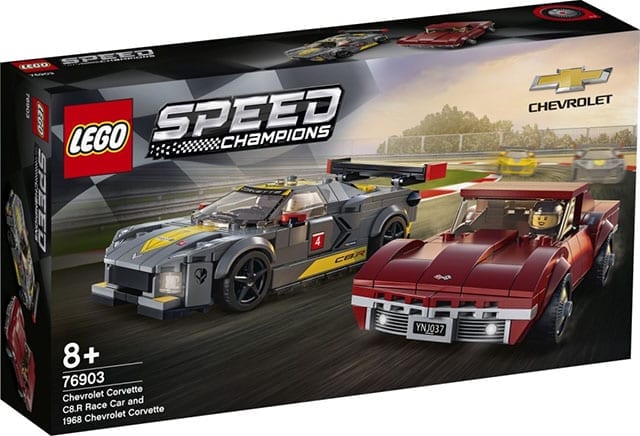 Lego has announced a new Corvette Speed Champions set that includes a Corvette Racing C8.R and a 1968 C3 Corvette. While neither Corvette is totally representative of the vehicle on which they are based, the C8.R is close enough, while the C3 needs a bit more imagination to figure out what it is. The hood emblem on the C3 helps to identify the model, while the design and stickers included with the C8.R, make it very easy to identify.

The set comes with 512 pieces and will allow the purchaser to build both cars. The reported MSRP is $48.

YOU CAN WIN THE IMRRC’S
2021 CORVETTE Z51 CONVERTIBLE

Based in Watkins Glen, New York, the International Motor Racing Research Center is a charitable organization that collects, shares, and preserves the history of motorsports. To help support that mission, they are offering an opportunity to win a new 2021 Corvette Convertible in beautiful Red Mist Metallic. The IMRRC received their giveaway Stingray back in March and it’s now on display inside the center. The Grand Prize not only includes this fabulous Red Mist Stingray, the winner will also get a two-day Ron Fellows Performance Driving School and two 2022 memberships to the Jack Daniels Club at Watkins Glen International Raceway to watch IMSA, NASCAR, and other racing series at the historic track. Thundering Thursday subscribers receive 25% more entries so donate today! 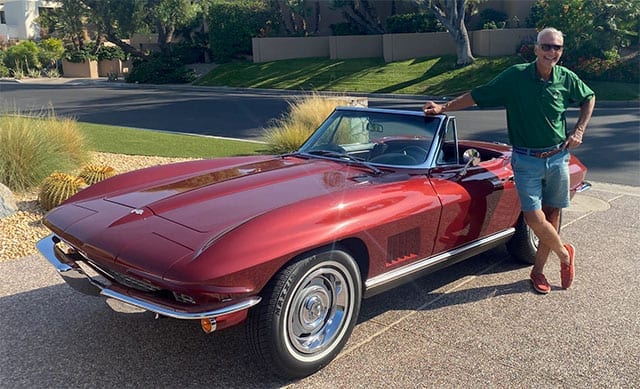 The man and the dream Vette. Some people just want it but I want and need it. It is part of my soul.

I just got back from a cruise in my Vette; Greatest most fun car I have driven in my life. If I die tonight I will have lived a dream I have had since I was a teenager when I saw my first 67 Vette and made a promise to myself that I would own that car before I died. Thanks to Corvette Mike, and working my butt off since then, the dream became a reality. I want to be buried in that car one day….it’s that great!!! 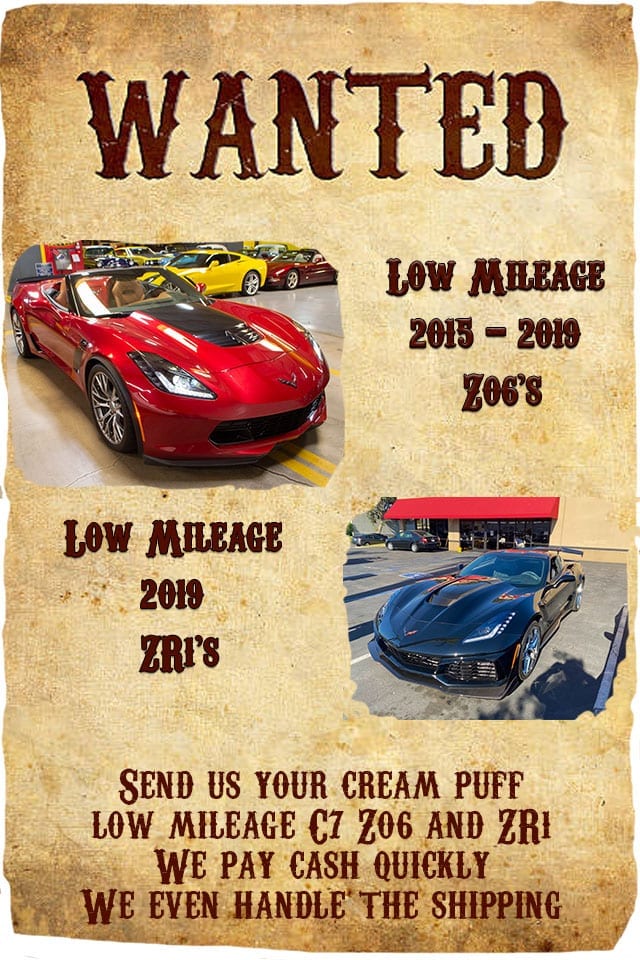 It’s just about perfect with only 561 original miles on the odometer! It still smells new inside! The optional clear roof panel is still wrapped in its protective film and all books and manuals are present. Don’t miss your opportunity to be its next caretaker!

What Mike Likes about this Corvette:
“This 1965 red 327/365 hp Convertible was sold new at Emrich Chevrolet in Manchester Pennsylvania.  It’s official production date was March 12, 1965.

For the man who has everything but does not have everything this is the solution to your dilemma!

During 2015 and 2016 this particular 1965 Corvette won a Regional NCRS top-flight award scoring 98.5 percentage along with a Performance Verification and a National top-flight award achieving the Duntov Mark of Excellence Award.

No easy feat! However that’s just the beginning! In 2016 it also achieved a Bloomington Gold, a Triple Diamond Award, a Concours Gold, a Bloomington Benchmark, and a Bowtie Award from the NCRS organization.

So, you asked the question what does Mike like about this 1965 Corvette? 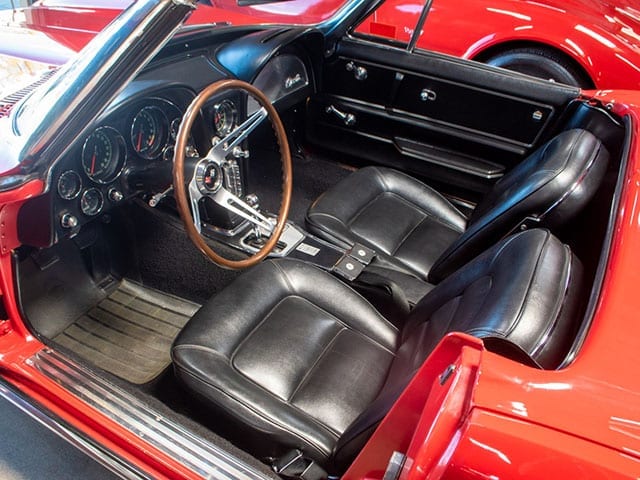 This ’65 is one of the most original examples we’ve ever had in stock! It’s original down to the tires! Not only is this ’65 beautiful to look at, it’s also a pleasure to drive. 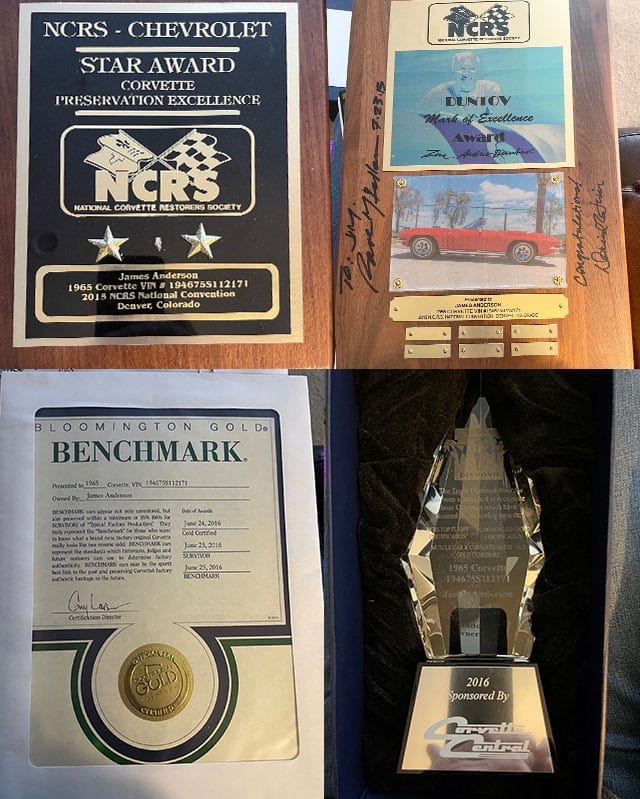 And it’s won just about every major award in the Corvette hobby, including multiple N.C.R.S. Top Flights, Performance Verification, and the prestigious Triple Diamond Award! 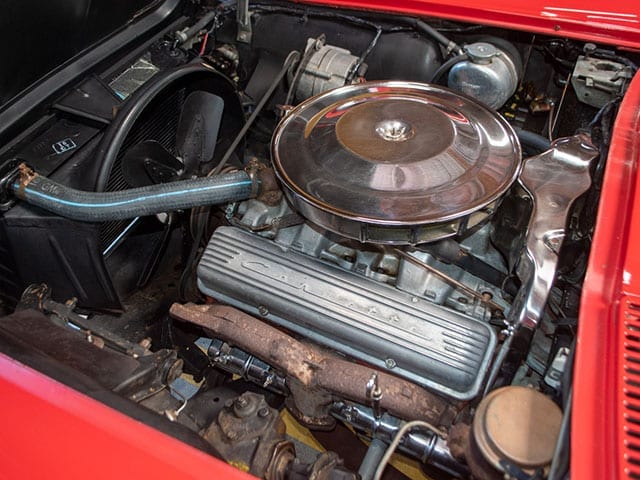 There’s something about an all-original Corvette that restored examples just can’t compete with. Cars like this can’t easily be found and certainly can’t be duplicated! Optioned with both soft and hard tops. 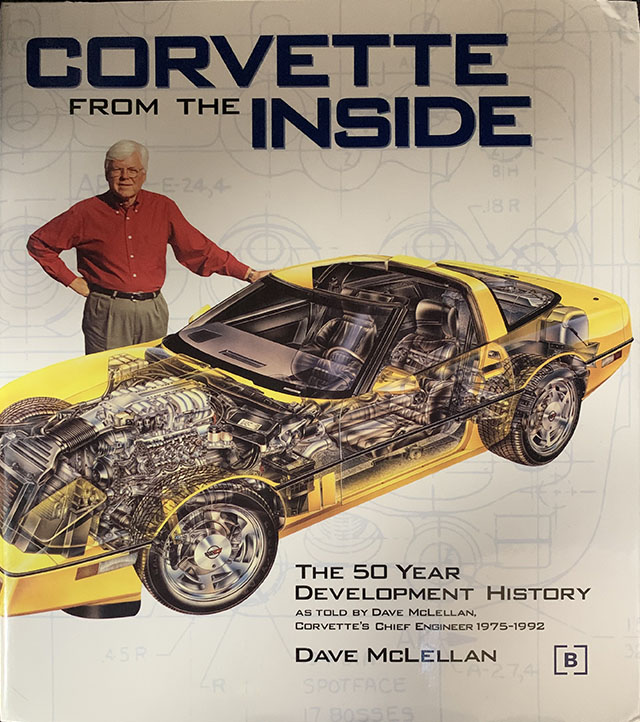 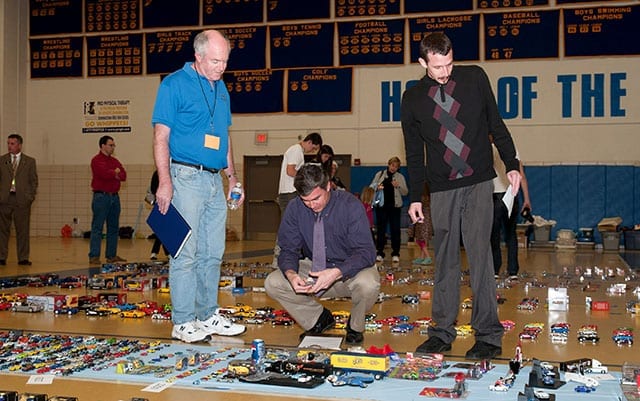 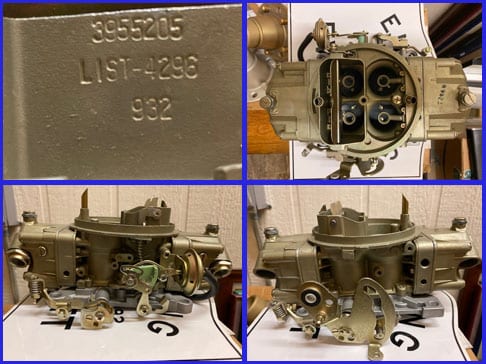 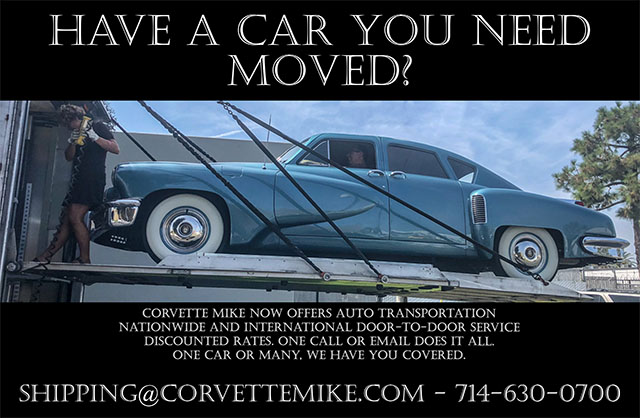 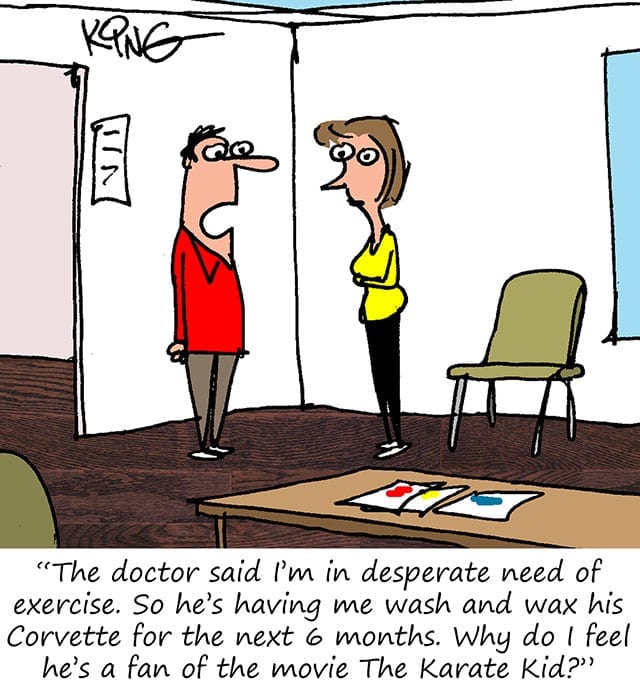