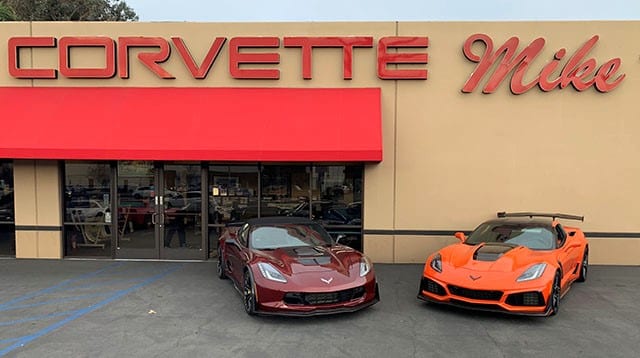 While everybody waits for the C8 mid-engine Corvette, Chevrolet decided to do some special edition C7 Corvettes. To be exact, 4 new Drivers Series versions, one to commemorate each Corvette Racing driver. 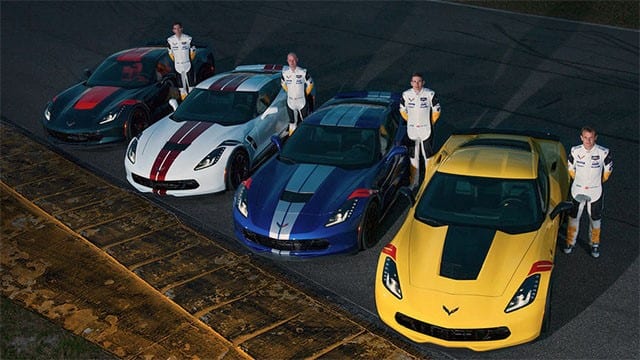 Based on the already excellent Corvette Grand Sport, each edition carries the name of a specific Corvette Racing driver and their unique style.

The Oliver Gavin Edition is done in gray paint, a red center stripe and hash marks, carbon-fiber mirrors and black wheels with a red stripe and red brake calipers. The interior is also red, as are the seatbelts.

The Jan Magnussen Edition is white with red stripes, gray hash marks and black wheels with a red stripe and red brake calipers. The interior is once again black, with Red stitching (3LT only), with red seatbelts.

The Antonio García Edition has yellow paint with a black stripe between the hood vent and the windshield, along with red hash marks, carbon fiber mirrors and, you guessed it, black wheels with a red stripe and red calipers. Inside, there’s a black interior and yellow stitching (3LT only).

1LT and 2LT versions will add $4,995 to the MSRP, while 3LT will be an extra $5,995. No matter the edition, all cars get a plaque specific to driver’s edition chosen. The 3LT’s also some unique interior trim, including carbon fiber bits.