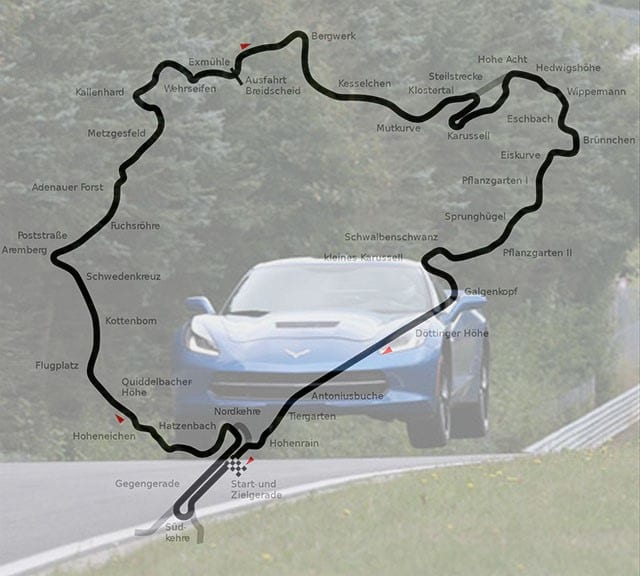 According to the July 2019 issue of Road & Track, Chevrolet tried to set a new Corvette time with the C7 Corvette at Nurburgring but had 5 years of bad luck.

According to the interview with Jim Mero, he and his team tried extremely hard to get the car to turn a sub-seven-minute lap time at the famous 12.9-mile German track, but each time the track had other ideas.

Mero is not a professional racer but is rather a long-time factory Corvette ride and handling engineer. But don’t let this fool you about his capabilities. In 2008, Mero ran a C6 ZR1 around Nurburgring in 7 minutes, 26.4 seconds. The video of that lap went viral, kicking off Corvette fans obsession with Nurburgring lap times.

In the C6’s Mero set many lap times in the Z06 and ZR1 but from 2013 to 2018 there were never any C7 official lap times or videos. C7’s were seen constantly at the track, but no official times came out. Mero says the truth wasn’t a conspiracy, as some have suggested; it was a curse. And now that a mid-engine Corvette is on the horizon and the C7’s life is coming to an end, he wants to set the record straight.

In 2013 Chevrolet scheduled eight attempts with a Z51, but every run either got rained or fogged out.

In 2018, they brought the ZR1 with big hopes for Sub-Seven Minutes, but again it was not to be. They had cooling issues, changes that forced them to run on cold tires and track entry point changes. Still the ZR1 ran a best time of 7:04!

You can read the full article by clicking here.

This ’65 Mustang is a true time capsule survivor!  It’s beautiful, original and unrestored with 5,752 actual miles from new!

Yes, you read that right, we did our research and believe it to be true.  It was also previously in a very large collection of cars in Northern CA.

When the last owner bought it in 2010 it was sold with documentation showing the mileage to be actual.  Come see it for yourself! 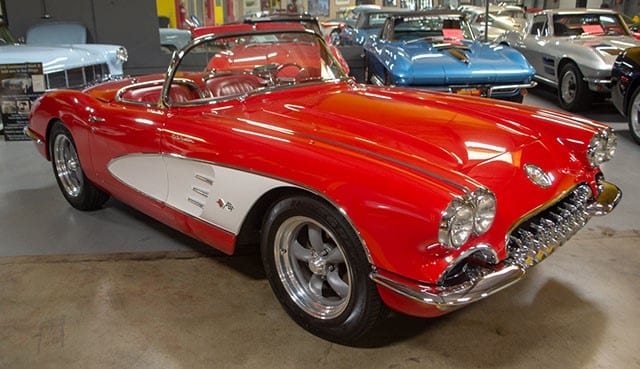 What Mike likes about this car:
“Growing up as a teenager this was the Pinnacle Calendar Corvette photo. The 1956 through 1961 red on red with white cove Corvette, it was the American classic beauty!

Over the course of the next six decades nothing has changed, except now you have the look of the calendar car with the driveability of today’s sports car racers.

It’s the best of both worlds! When I drive this car I’m 17 years old all over again!

Anybody want to be a teenager???” 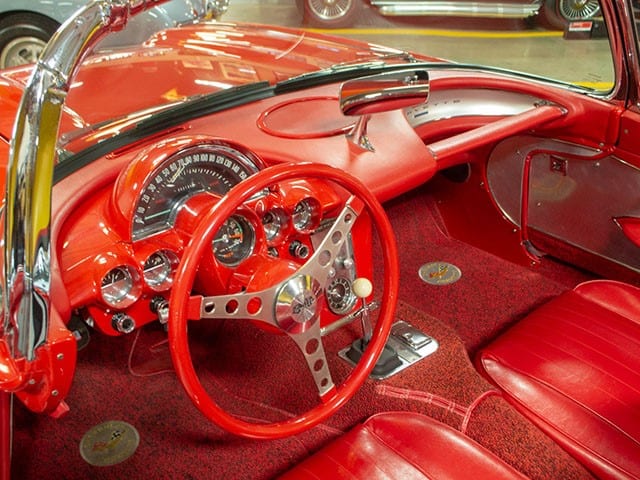 The owner of this beautiful ’60 decided to go the sleeper route. Other than a set of classic polished American Torque Thrust wheels and low profile radial tires, you would never guess this was anything other than a meticulously restored, stock solid axle Corvette. 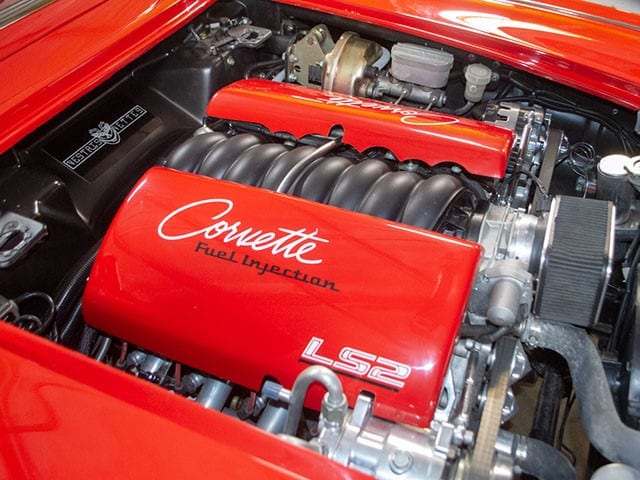 The car was built/restored over a couple of years in Southern California by Vestris Vettes, John Vestri in the correct ’60 vintage Roman Red paint with contrasting White coves. But as soon as you lift up the hood, you’ll find a Corvette LS2 engine backed by a 6-spd manual transmission, power brakes, power steering, heavy duty aluminum radiator and air conditioning! Underneath, the frame is modified with 4-wheel disc brakes, coil over shocks, heavy duty rear end and a full stainless steel exhaust system. 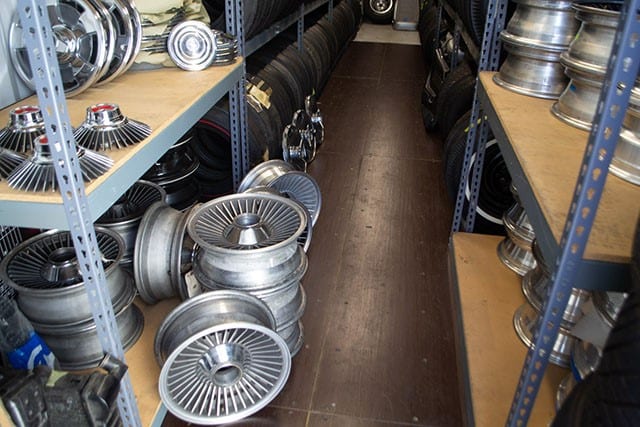 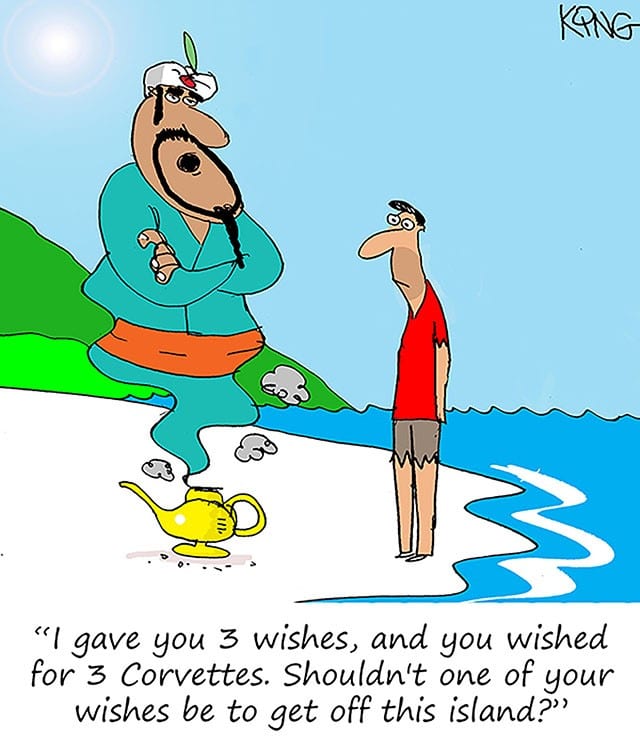 What The 4th Means To Me

WATCH THE LIVE REVEAL OF THE NEXT GENERATION CORVETTE